Skip to content
General Idea Fall 2011 – Korean Designer Bumsuk Choi’s inspiration this season is the letter “M” (think military or mountains).  General Idea teamed up with Italian Outerwear brand NEPA to create lots of camouflage looks with greens, pinks, and yellow.  I liked the layering of knee length shorts paired with leg warmers. Pops of red was seen throughout the show, from candy red boots to the stripe on the leggings,  to the bit of red peeking out at the end of sleeves.  When I went backstage, I noticed the designer had cool red shoes on as well! 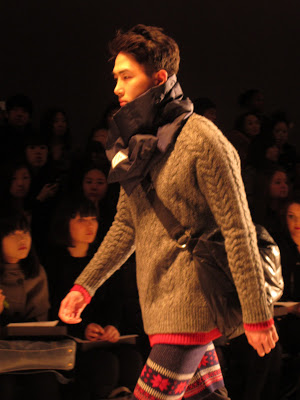 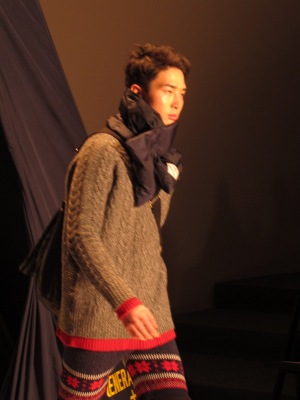 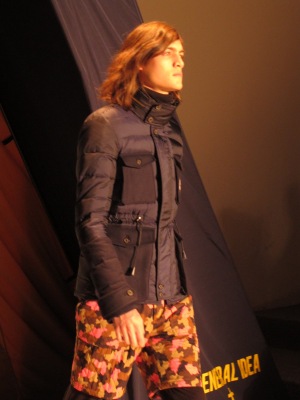 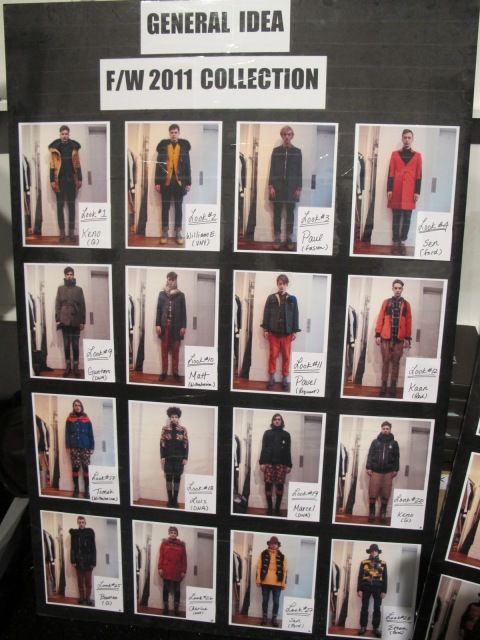