Skip to content
I went to the Taft Foodmasters Gyro Launch and Vegetarian Seitan tasting recently at the Sub-Zero and Wolf Manhattan Showroom.  I try to eat healthy and have been trying to cut down on meat, so I was curious to try their selection of seitan products.  For those of you who don’t know what seitan is – it’s a food made from wheat gluten and is a good source of protein and very tasty.  I actually grew up eating Seitan, because it’s traditionally used in many vegetarian Chinese dishes. However, I had not really had it incorporated into  western dishes and was instantly hooked.

I tried a few creative dishes using seitan, including stir-fried seitan with vegetables in a sweet and sour sauce. The Grandmama Seitan slice of pizza topped with Seitan sausage from Krunch Pizza Bar was a tasty treat.  I was also a big fan of the gyro from the Long Island City Gyro Company, which was absolutely delicious.  The texture was very similar to a meat gyro and was well spiced.  But it was less greasy and much lighter than the meat version.   Taft Foodmasters also provided samples other healthy vegetarian options including a White Bean Salad, Quinoa Herb Salad, and a simple Green Salad.  Taft Foodmasters sells their products wholesale, so if you want to try their seitan, head to one the restaurants I mentioned to try it, and maybe you’ll be pleasantly surprised. 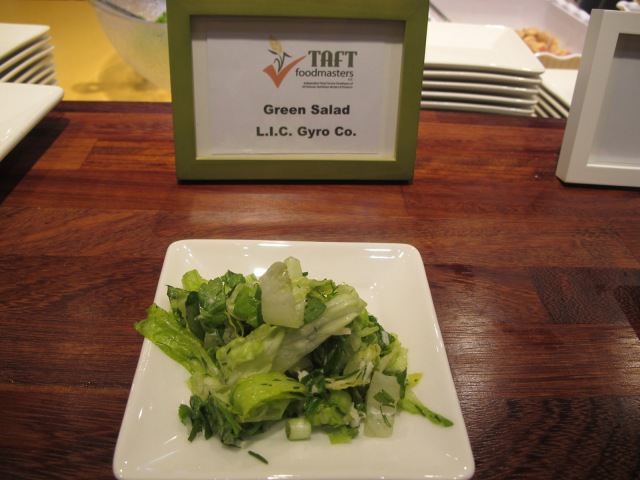