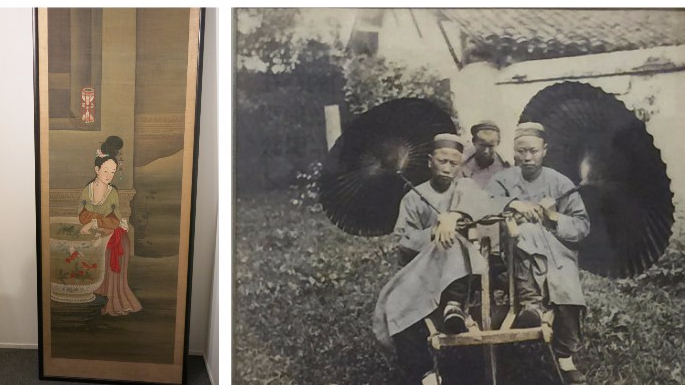 Asia Week New York is an annual ten-day celebration of Asian art throughout metropolitan New York, with exhibitions, auctions and special events.  This year participants include over 50 international Asian art specialists, major auction houses, and over 15 world-renowned museums and cultural institutions.  Visit here to view a map of participating exhibitors and here to view Asia Week’s Calendar of Events.

Last week, I attended the press tour of Asia Week to visit some of the galleries.  It’s one of my favorite events of the year because I get to see arts and antiques up close and talk to experts about the pieces.  See below for some highlights.

MEI REN 美人 means beautiful woman in Chinese, a prevalent theme in art.  But there is more than meets the eye with these paintings and Alan Kennedy shed light on the intriguing subject.  In the painting below, the woman is wearing a sheer red robe.   A servant kneels  holding a cup.  The servant is actually a woman who is dressed as a scholar (who are very high status men).  We know this because she has pierced ears.  Status can also be gleaned from the painting.  The woman in red has a higher status because she is taller and has three pearls in her earring versus the two in the servant’s.  Why is the servant dressed as a man bowing down to this woman?  We can only guess and that is why this painting is so enthralling. 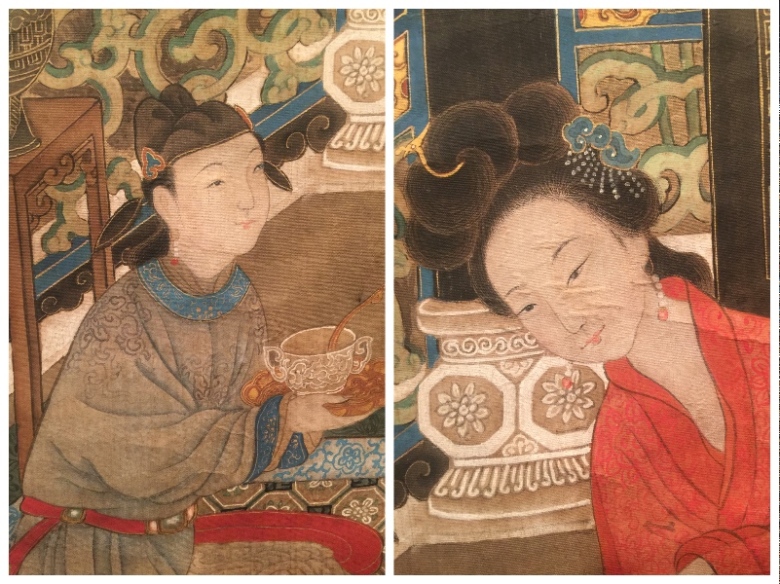 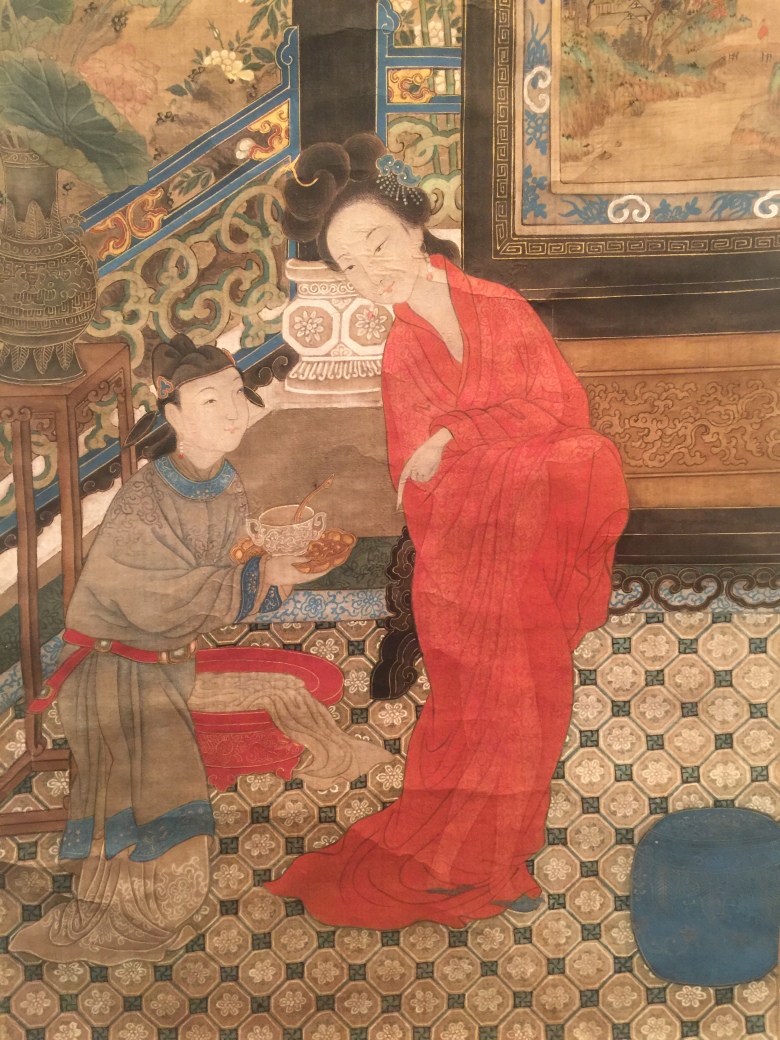 Joan Mirviss’s gallery celebrates 40 years this year and her consistently pristine selection of Japanese ceramic art is always a pleasure to experience.  Her celebratory show includes forty plus works of art carefully chosen over several years in anticipation of this milestone. Twenty of these works, by living artists working in clay and long represented by the gallery, were created or specifically selected by each artist for this event.

J.J. Lally’s exhibition focuses on Buddhist sculptures.  The massive limestone guardian lion (weighs in at a thousand pounds) is an impressive and endearing figure.  The ink rubbings from Gongxian Cave III were really interesting to me.  The ink rubbings were done in the 20th century.  But the actual carvings are from Northern Wei, early 6th century.  Their is calligraphy by Tai Xiangzhou signed and dated 2016.

This exhibit has works from 10 national living treasures of Japan.  Rarely will you see so many in one location in NYC! 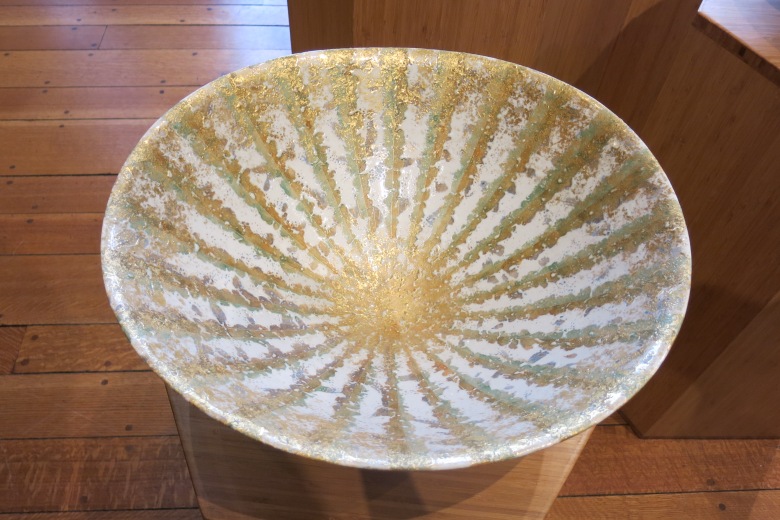 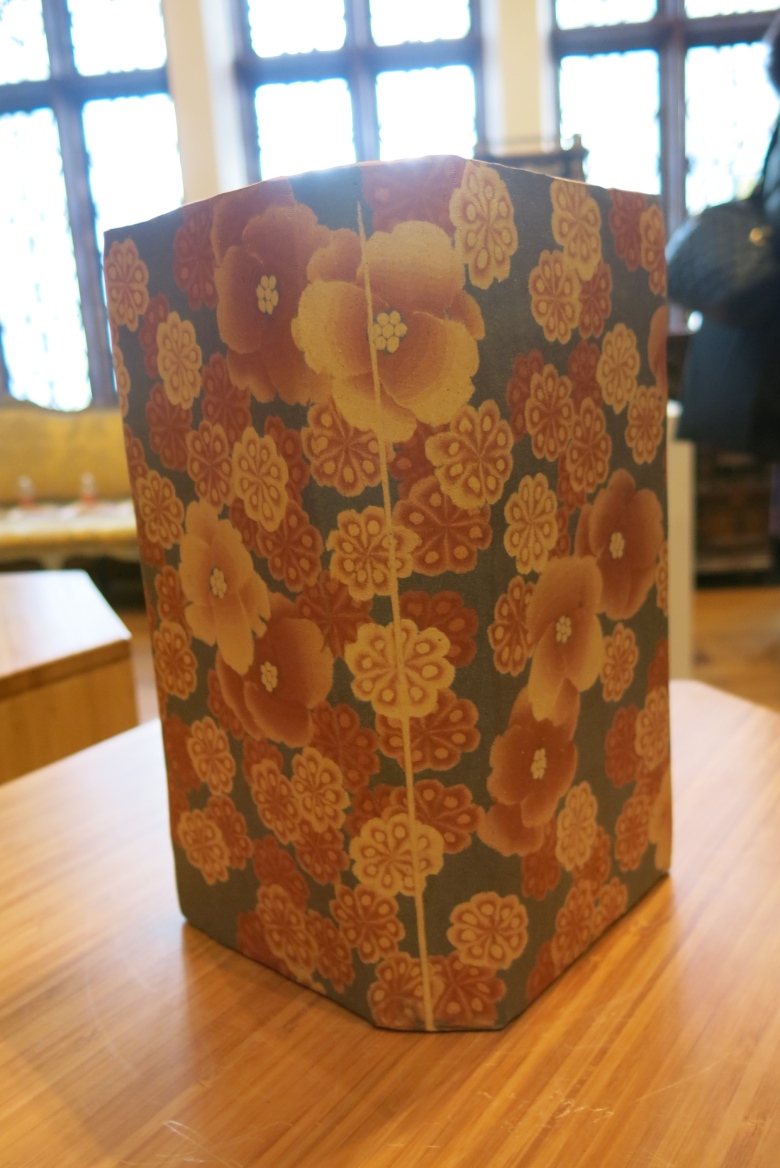 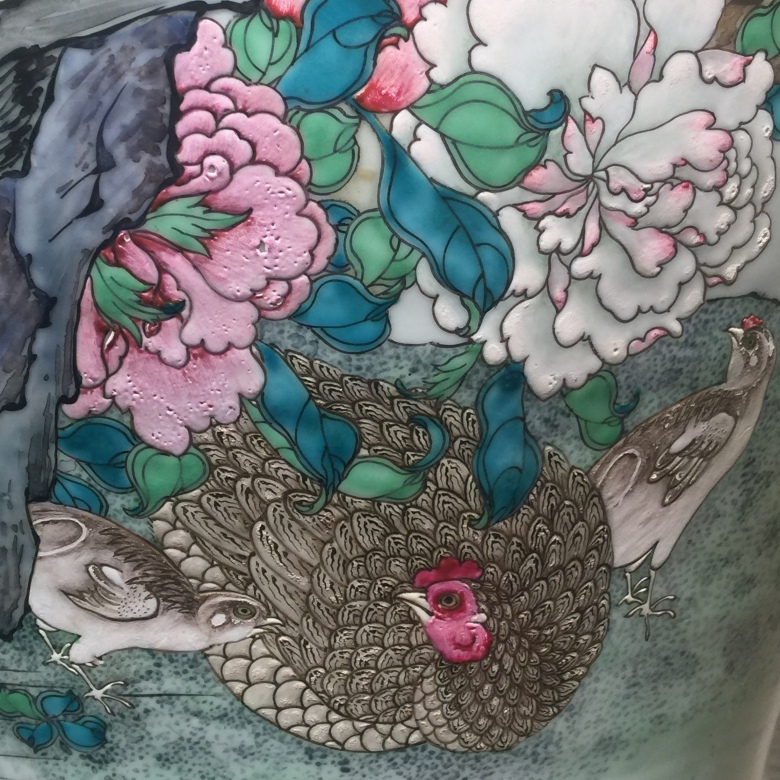 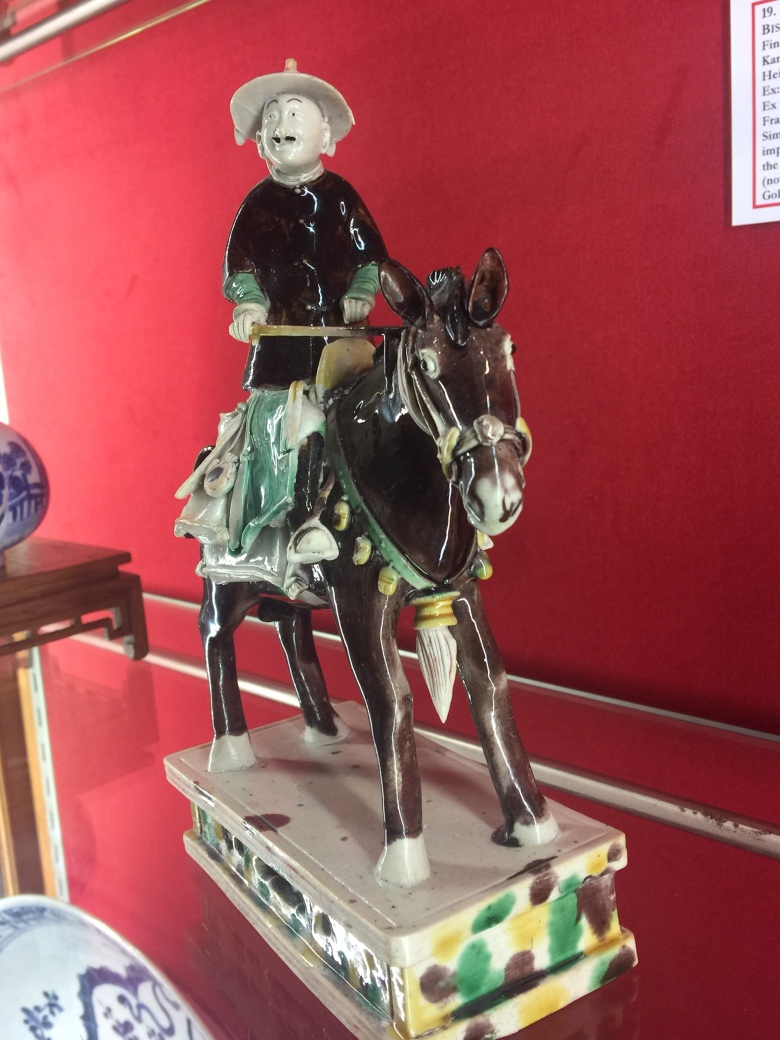 A single-artist exhibition focused on the work of Tsukioka Yoshitoshi (1839-1892), one of the last great ukiyo-e artists of the 19th century. 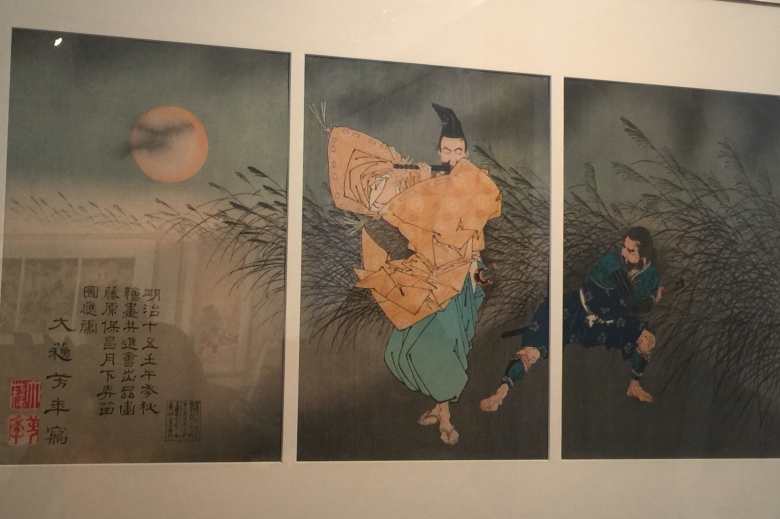 This fascinating exhibit of Stephan Lowenthiel’s collection of rare 19th century photographs (currently the largest in private hands) give a glimpse of life in China in the late Qing Dynasty. The photographs include both Western and Chinese photographers, such as Lai Fong, Felice Beato, John Thomson, Thomas Child, William Saunders, Pun Lun, and Tung Hing. 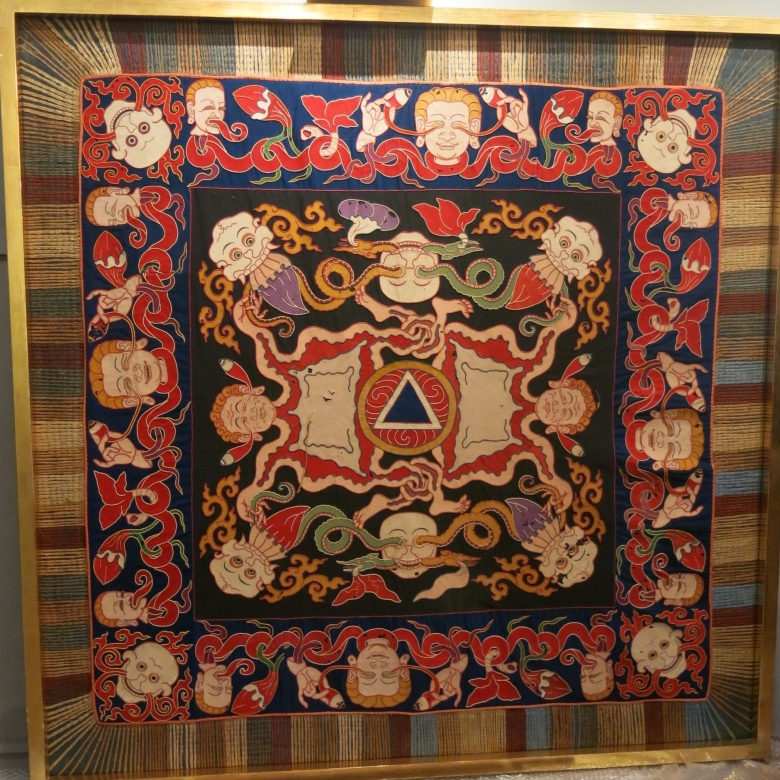 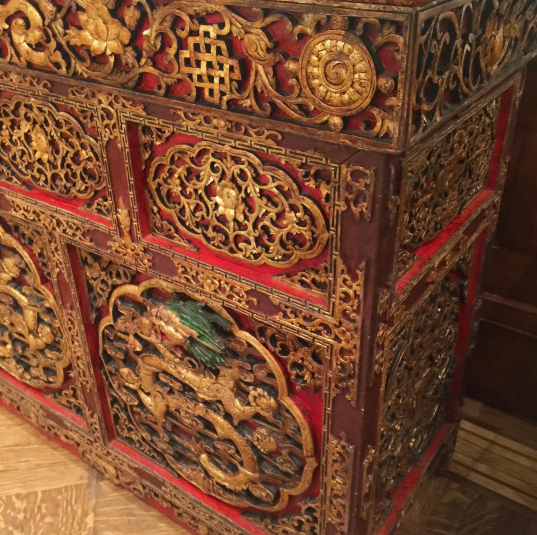